The HuiNa 1592 22-Channel 2.4G Excavator is a 1:14th scaled model of a real excavator that works just like the real thing. The bucket, cab and wheel hubs are all made of Military grade metal for durability, while the rubber tread resist slip and wear, making it possible to climb effortlessly. 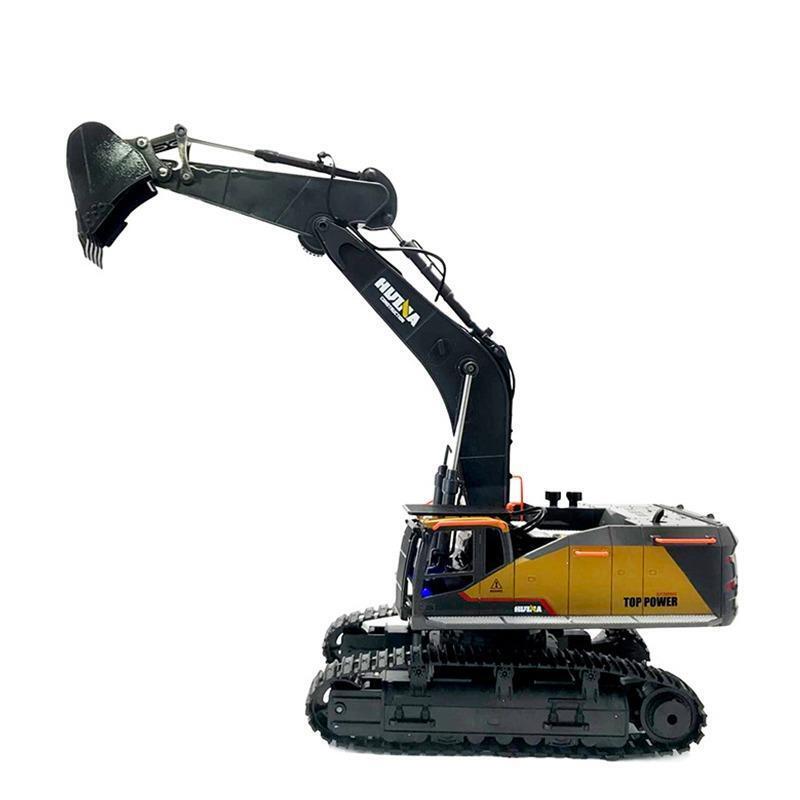 The 2.4GHz transmitter allows for 15 separate functions, allowing control of all of the model's joints including 680° cab rotation. 2.4GHz technology allows for multiple models to run at the same time without interference. The transmitter can also be programmed to allow you to perform a series of movements with just one button. 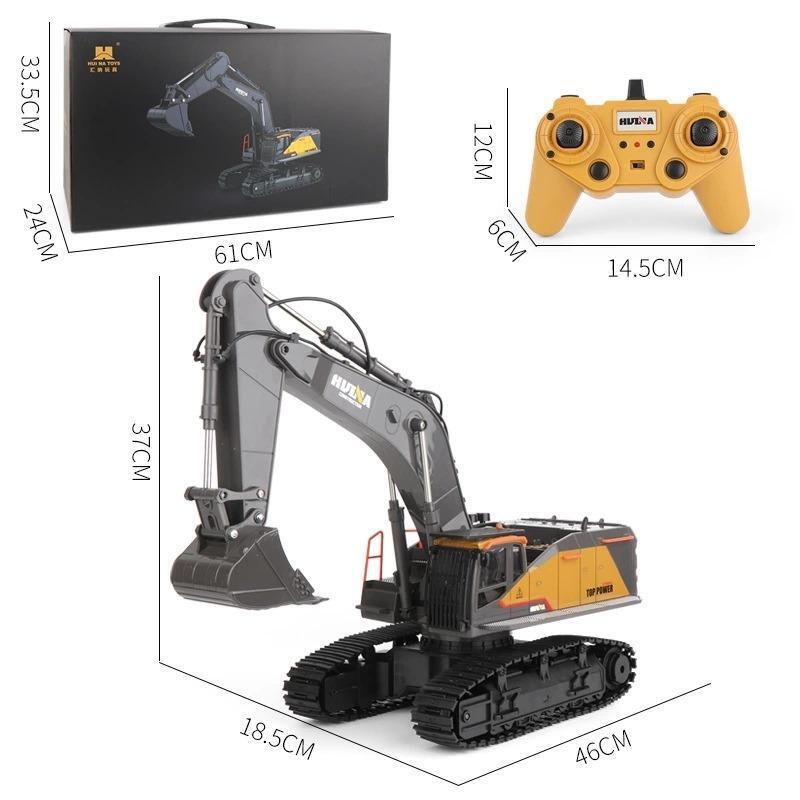