The Dynam P-61 Black Widow is a unique aircraft with its twin-boom design. It is finished in the all-black night fighter paint scheme and is a copy of the "Lady of the dark" which was unofficially credited with the last Allied air victory before VJ Day on the night of 14 August 1945. The Northrop P-61 Black Widow, named for the American spider, was the first operational U.S. warplane designed as a night fighter, and the first aircraft designed to use radar. The P-61 had a crew of three: pilot, gunner, and radar operator. It was armed with four 20 mm (.79 in) Hispano M2 forward-firing cannons mounted in the lower fuselage, and four .50 in (12.7 mm) M2 Browning machine guns mounted in a remote-controlled dorsal gun turret.
Dynam P-61 Black Widow PnP 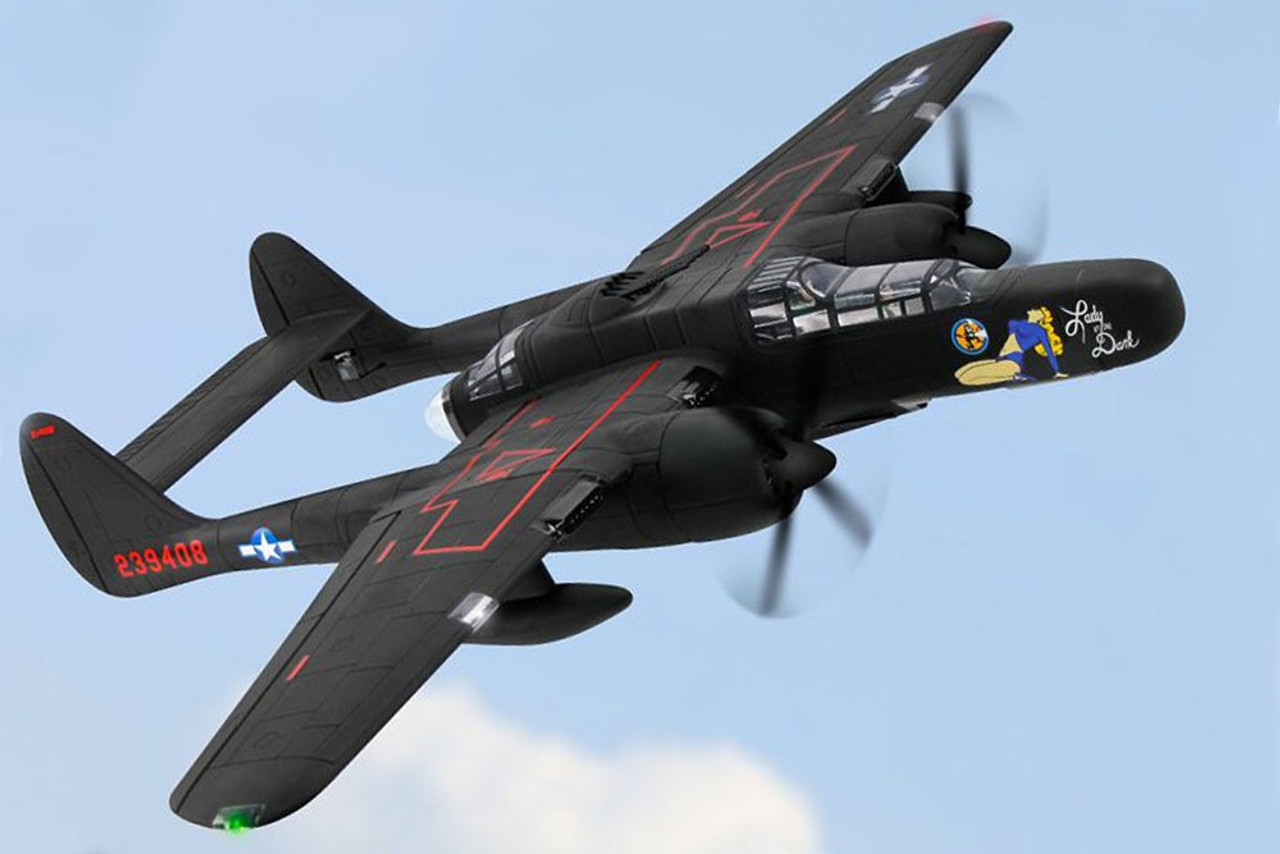 It was an all-metal, twin-engine, twin-boom design developed during World War II. The first test flight was made on May 26, 1942, with the first production aircraft rolling off the assembly line in October 1943. The last aircraft was retired from government service in 1954.
Although not produced in the large numbers of its contemporaries, the Black Widow was effectively operated as a night-fighter by United States Army Air Forces squadrons in the European Theater, Pacific Theater, China Burma India Theater, and Mediterranean Theater during World War II. It replaced earlier British-designed night-fighter aircraft that had been updated to incorporate radar when it became available. After the war, the P-61—redesignated the F-61—served in the United States Air Force as a long-range, all-weather, day/night interceptor for Air Defense Command until 1948, and Fifth Air Force until 1950. 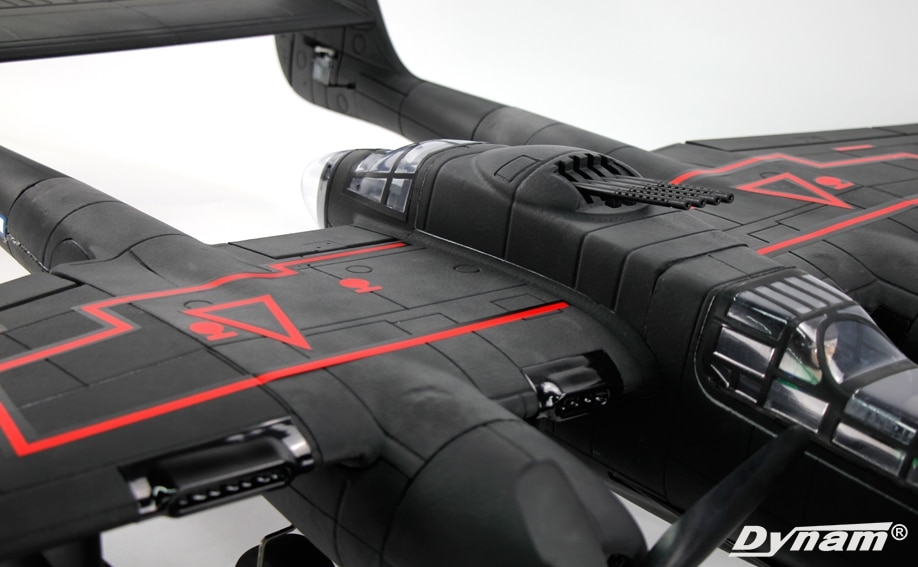 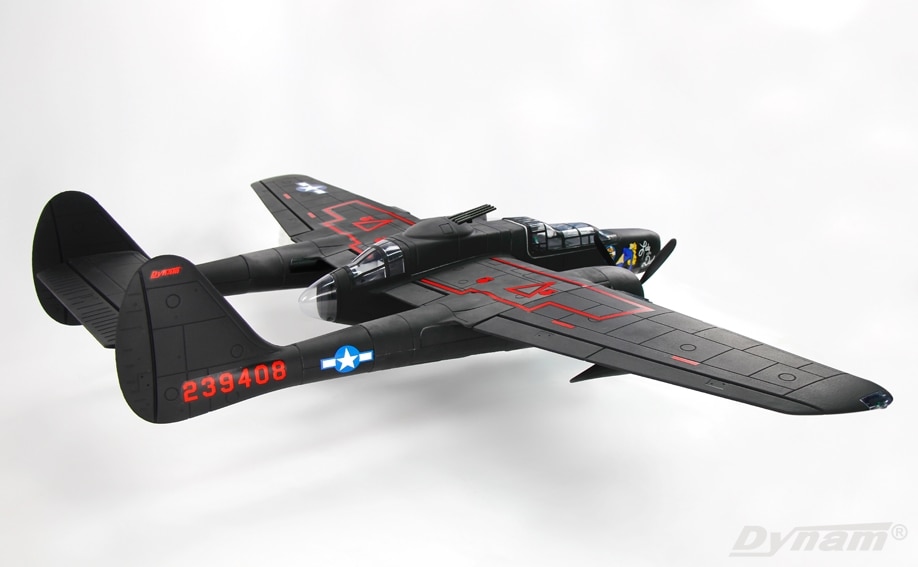